If you’re an older adult, is taking a low-dose of aspirin every day good for you or asking for trouble? 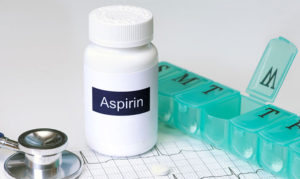 Historically, research has suggested that taking a low-dose aspirin (81 mg) daily helps prevent blood clots in the arteries, possibly preventing heart attacks and strokes. Currently, nearly 40 percent of American adults ages 50 and older take an aspirin each day. However, contradictions by medical experts in recent years have led to confusion on the issue.

New guidelines issued earlier this year (April 2016) by the U.S. Preventative Services Task Force (USPSTF) offer some clarity on the risks and benefits of taking aspirin daily. In addition, the report details how aspirin may also reduce the chance of contracting colon cancer under certain circumstances. The USPSTF is an independent, volunteer panel of physicians that regularly offers advice on clinical preventive services. It isn’t affiliated with any government agency.

Here’s what the USPSTF said about taking a low-dose aspirin daily:

What’s the bottom line related to low-dose aspirin? Discuss the issue with your SoFHA physician first, then go from there. He or she will guide you in making the correct decision.

To view the final recommendations from the USPSTF, go to Final Recommendation Statement, Aspirin Use to Prevent Cardiovascular Disease and Colorectal Cancer: Preventive Medication.