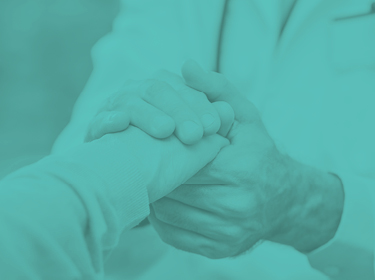 When Dr. Michael Mabry sits down with a new patient, after introductions, the first thing he asks is why they want to be healthy.

A lot of times, the patient doesn’t have a clear answer. But sometimes, there is a very specific reason behind wanting to achieve better health, like a grandmother who wants to be able to walk around Disney World with her grandkids. Once Mabry gets to the root of the “why,” the path to wellness is much easier for his patients at Family Physicians of Johnson City to navigate.

“Once they figure out the why, that’s a good motivator,” Mabry said. “If you make it tangible and real for them, they’ll usually do well.”

Mabry’s “why” for wanting to become a physician was ingrained in him at an early age. He said he’s always felt called to be a physician because of a deep desire to help people achieve and maintain wellness. He believes they were made for a purpose and having health allows them to achieve that.

His “how” became clear as he worked at a chiropractor’s office in Johnson City while completing his undergraduate degree at ETSU. Mabry saw how the chiropractor was able to use a blend of physical adjustments and nutritional advice into a holistic approach to patient care that brought about real results. “I got to see how physical touch with the manipulations and adjustments helped in multiple ways,” he said. “I also see how roughly 90% of the diseases my patients suffer from are related to lifestyle. There’s no medication that fixes lifestyle factors.”

Once he finished his undergraduate degree, Mabry applied to medical schools and eventually chose to attend Edward Via College of Osteopathic Medicine (VCOM) in Blacksburg, Virginia. It was at VCOM where Mabry was able to learn a holistic approach to medicine that focuses on aligning mental, physical, spiritual and social health elements.

After completing his residency at ETSU Family Medicine in Bristol, Mabry joined the State of Franklin Healthcare Associates family and began putting his philosophy into practice. Mabry said medications and surgery have their place in treating patients, but a lot of disease states arise from the body’s response to poor or uninformed lifestyle choices, and therefore, many of these disease states can be resolved by making simple adjustments to a patient’s day-to-day life.

“What we put in our body, how we move, how we sleep, how we handle stress – people vastly underestimate the healing power of those things,” Mabry said. “As a doctor, you want to know your work is meaningful and to make a lasting impact. If patients never get better, it’s kind of like, what are we missing? Are we addressing the root cause of this patient’s ailment?”

Mabry sees the body’s natural ability to heal and regenerate itself on a daily basis when he observes the progress of his patients. Patients who drop soda and increase physical activity come back into his office a few pounds lighter, and all of a sudden, their knees aren’t hurting as much.

Mabry said a key to helping patients get started on a journey to better health is to give them a few small steps at the outset. Those steps lead to tangible improvement and encourages them to make more steps, which leads to buy-in from his patients and a desire to make more changes to achieve better health.

“You’ve got to start simple,” he said. “Feeling better is about those small changes.”

Those small changes can make a huge difference that extends well beyond a single patient. Mabry recalled a mother who started working out and eating healthier, and now her kids are following her lead. “Now you’re treating generations,” he said.

Mabry is hopeful the ripple effect he’s creating among his patients can extend out further into the community and society as a whole. In his eyes, unhealthiness has the potential to bankrupt our country, but even worse than that, he sees a lot of people suffering needlessly because of preventable causes.

With that in mind, Mabry has started posting videos on Instagram (@drmichaelmabry) to help encourage people to pursue better lifestyle choices. His wife Yolanda serves as a producer while Mabry provides quick, evidence-based medical advice people can quickly incorporate into their daily lives.

“I just wanted be able to reach more people,” he said. “It’s free, which is nice, because you don’t need to see me in the office to benefit from what I know. This is a great way to help those who don’t have insurance or don’t want to go to the doctor very often.”

Have Questions About Medicare?