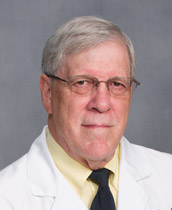 Born in Lakeland, FL and raised in Kentucky and Florida, Stan planned on a career in sports until a herniated disc sidelined his ambition and he found himself in radiology school. From there, he completed nuclear medicine school at UAB and began a pre-med curriculum which turned into a business degree and led Stan to several positions in the management side of radiology and diagnostic services. The call to medicine began to surface again and at age 36, with a wife and 2 young children, Stan resumed his pre-med degree part-time while working full-time. At age 38, he began medical school at Mercer University in Macon, GA and completed an internal medicine residency at Carraway Methodist Medical Center in Birmingham, AL.

Following residency, Stan began work as an internist in an office practice in Ellijay, GA and was there for the next 6 years. Finding it difficult to manage out-patient and in-patient care as well as he would like, Stan made the decision to take a hospitalist position in Johnson City in 2001 and has continued to feel best suited to this branch of medicine. In the aftermath of September 11, 2001, Stan felt compelled to serve his country and was commissioned in 2004 to serve in the Medical Army Reserves for the next 8 years. During that time, he served short-term deployments in Kosovo, Iraq and Afghanistan and would have continued to serve in the Army had he not met the mandatory retirement age. Stan and Debbie have two daughters, both of whom-despite pronouncements to the contrary during their teen years-have landed in the medical field-Lisa, an Army medic and Allison, a registered nurse. They also have five really fun grandchildren. In addition to enjoying his family, Stan really loves to garden, has learned to smoke some really good meats and would go fishing if he just had a lake in the backyard.