Screening colonoscopies are now generally covered by insurance plans and Medicare as a preventative measure for average-risk populations. 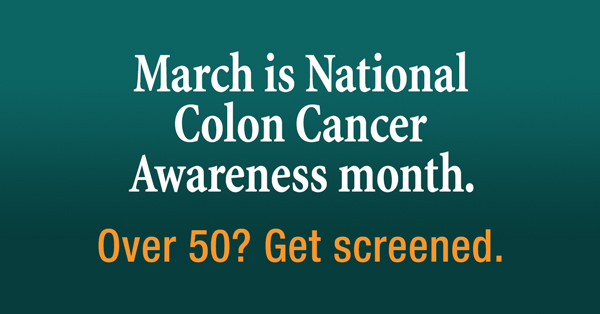 This has resulted in many more people getting the test, and more lives being saved than ever before. The number of deaths from colorectal cancer in adults ages 50 and older has dropped by 30 percent over the past decade. Despite this good news, the disease is still the second leading cancer killer in the country, with approximately one out of every 20 Americans contracting the disease.

This is an unfortunate statistic because colon cancer is one of the easiest cancers to stop or even prevent – if screenings are done. A major problem is that many people who have early-stage colorectal cancer don’t experience symptoms, which means it’s possible to have the disease and not even know it!

If everyone ages 50 years and older would undergo a screening, then at least 60 percent of deaths due to colorectal cancer could be prevented.

Before getting the screening, confirm with your insurance company what (if any) the cost will be. Find out if this amount could change based on what’s found during the test. Also, make sure the doctor who does the screening is on your insurance company’s list of “in-network” providers. If he/she is not, then you may have to pay more out-of-pocket.

If you don’t have insurance and can’t afford a colonoscopy, talk with your SoFHA physician about options. Check out the Screening Resources found on the Colon Cancer Alliance’s webpage. This is where you can find references (Blue Hope Financial Assistance) to help locate federally-funded or low-cost screening resources.

Alternatives to the Regular Colonoscopy

Some people put off having a colonoscopy because of the unpleasant bowel prep that must be done prior to the screening. Don’t let this stop you from getting a colon test, because other types of screening options can be used and will get the job done. One such option is a stool test called the fecal immunochemical test, also known as FIT. Notably, this is the most widely used colorectal cancer screening in the world and the one most recommended by the European Union Guidelines.

The FIT stool test can be ordered by your doctor and carried out in the privacy of your own home. It involves using a stick or brush to obtain a small amount of stool, which you then take to your doctor or a lab for testing. Lab technicians will check for blood or DNA changes that could suggest cancer or the presence of polyps. If blood or DNA changes are found, you would then need to undergo a regular colonoscopy.

The down side of this type of screening is that it reportedly detects only 73 percent of colorectal cancers. Also, the stool test must be done annually to achieve an effectiveness equivalent to getting a traditional colonoscopy screening.

Click here to review a basic fact sheet and learn about other screening options.